Auto or Manual activation of addon?

Have a really dumb question? Ask it here to get help from the experts (or those with too much time on their hands)

Auto or Manual activation of addon?

Could someone help explain what's the difference between "Auto: Active" and "Manual: Active" on the Addon menu as shown below? 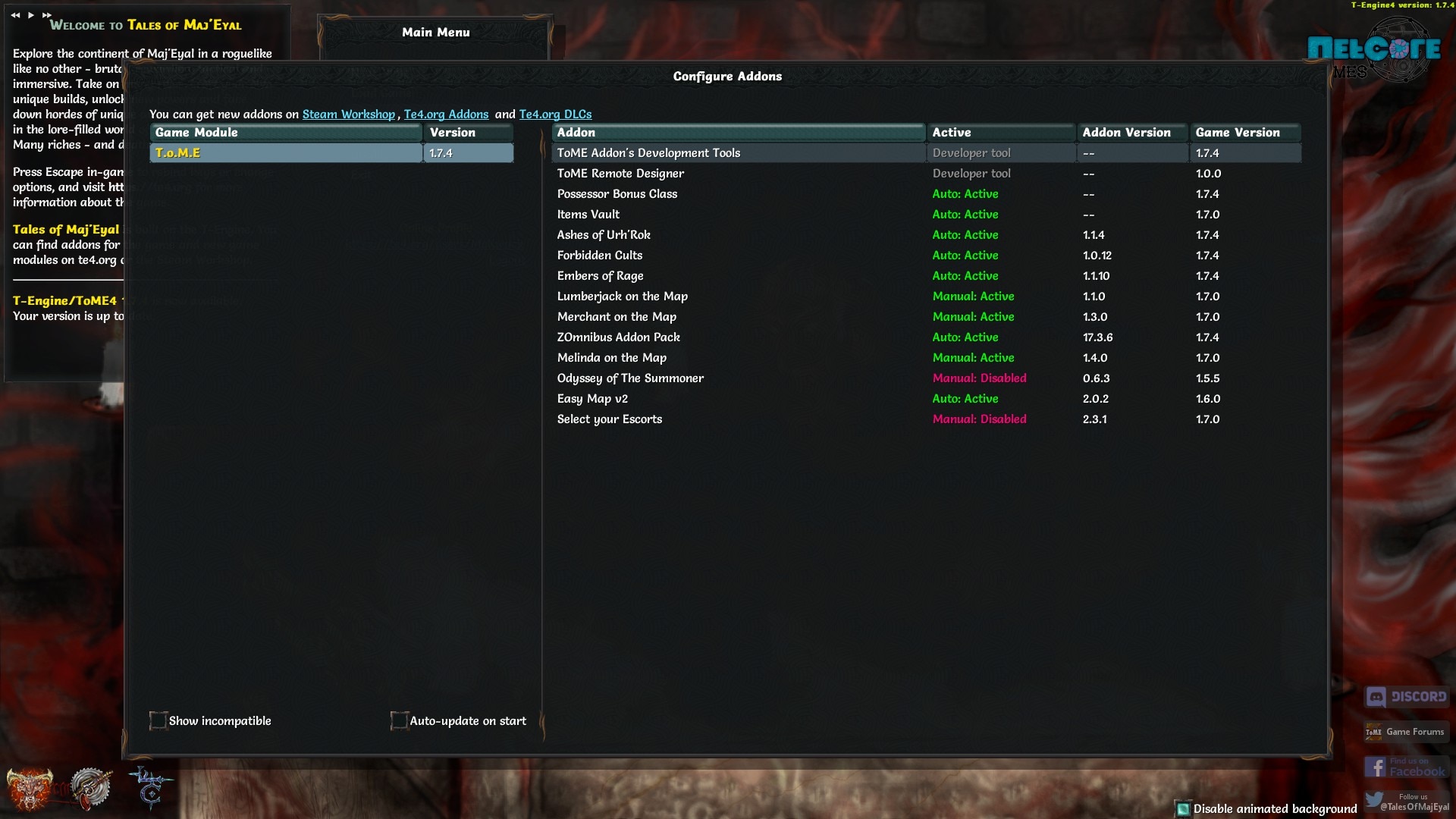 I was under the impression that, while both will activate the addon when creating new characters, the auto option will also add the same addon to previously saved characters that didn't have the addon activated yet (e.g. one I created before I install the addon), while the manual option won't do that. But the "Easy Map v2" addon I installed wasn't added to an old character save of mine, even though I'm pretty sure it only affects UI and not gameplay (changed how the map is shown).

Thanks.
Growing old is mandatory..
Growing up, is completely optional..

Re: Auto or Manual activation of addon?

You can't apply an addon to any existing character. (Without save file hacking, and it could break the game.)

If Auto is selected, the game decides whether to use the addon based on the version numbers. But I'm not exactly sure how it decides if it should use an addon or not.
My feedback meter decays into coding. Give me feedback and I make mods.
Top

Re: Auto or Manual activation of addon?

If Auto is selected, the game decides whether to use the addon based on the version numbers. But I'm not exactly sure how it decides if it should use an addon or not.

This is how the game goes since 1.6.x, but I remember vaguely, back in 1.5.x when I first started playing ToME, it was not so (or maybe I did something wrong?).

To keep a long story short:
- Installed the free version of ToME to get taste of it
- Played a couple of times with several different races/classes combinations
- Bought and installed the first 2 DLCs of that time (Ashes and Embers)
- Loaded a still running character with the new DLCs put on 'auto'
- Lua broken as soon as I activated a skill

Point is, there was one time back in the day when 'auto' use of addon means 'automatically add new DLCs to old save files even if that means breaking the game for whatever reason'...
And yea, seriously, when I put the addons on 'manual', it was NOT automagically added to old save files.. what gives..

PS: keyword vaguely remembered, as in I remembered only installing the addons and did nothing else when it happened
Growing old is mandatory..
Growing up, is completely optional..