Adds Barachim, a froglike race, as a playable race selectable in all campaigns. They have been adapted from their original appearance in Dungeon Crawl: Stone Soup in order to better gel with ToME's gameplay and lore.

Barachim are stationary fighters with an innate aptitude for handling the fundamental elements of Fire, Cold, Acid, and Lightning. The more they use a specific element, the more attuned they become to it, increasing their power dramatically as an encounter goes on. They can further use their attunement to the elements to stoke the faint vestige of divine power they still possess, enhancing their ability to use talents; the most powerful barachim can summon a bountiful fountain of water to heal and purify their bodies and drench their enemies. However, they suffer a 30% movement speed penalty when on dry land, relying primarily on their Leapfrog talent to hop around the battlefield and reposition themselves.

Barachi are best suited as tanks or elemental casters, staking out a position on the battlefield and steadily building momentum as they manipulate the elements to their advantage, shrugging off their foes' attacks and retaliating with an accelerating barrage of specialised combat abilities that tip the scales increasingly in their favour. 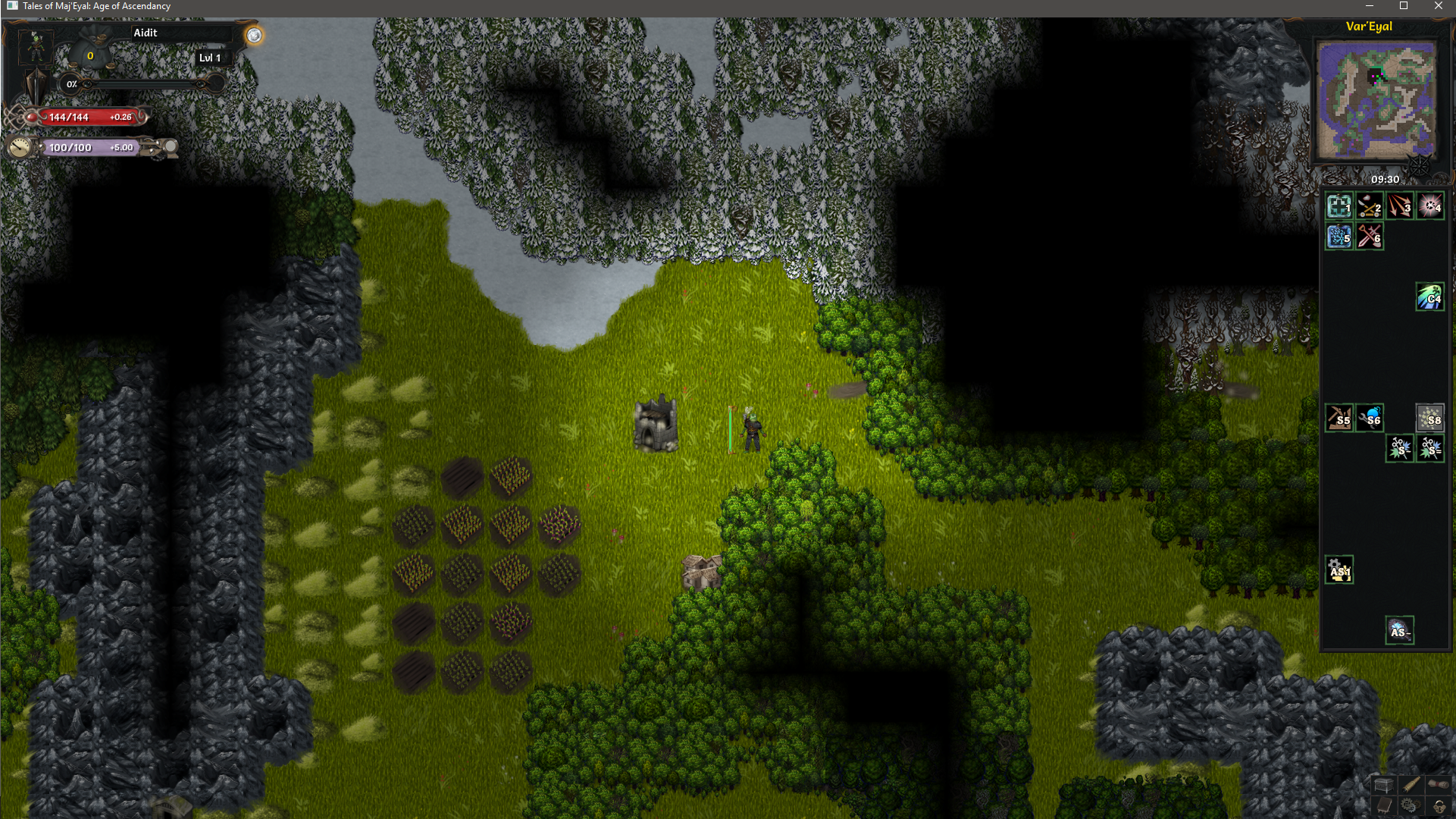 I think someone has mentioned that already somewhere, but posting in here as well - the froggos can start in Embers of Rage, but the character is actually generated in Maj'Eyal part of the world (Trollmire, to be correct) and the worldmap does not have patrols, mage and hermit and is also listed as Var'Eyal. You receive the "On Trolls and Damp Caves", so theoretically you can land in Var' Eyal.

Out of curiosity I fired dev mode and tp'ed there, but as the froggo is from the Allied Kingdom faction, most of the continent is neutral towards me. Killing John triggers the further quest and the bridge, but if you play normally, you will probably emerge from the Unremarkable Cave and there will be no way to finish the game, cause there wont be a bridge to the Kruk peninsula. The solution would be to either bar the Barachii from Embers entirely, or give them Kruk affiliation and starting point in Vaporous Emporium (also, a revised start text will be in order), when going full FROGORK!

Anyway, me loves the froggos very much!

by Mr Frog
I gotcha

Took a bit of jimmying but This should fix EoR compatibility (along with a couple other issues where barachim were left out of special starting scenarios -- why the scenarios in question are so specific, I don't know). A few birther fields were superloaded to accomplish this but I did so non-destructively so it shouldn't cause any compatibility issues. I also got to do more lore for them in the process!

Changes for v1.0.1
Barachim are now properly compatible with the Embers of Rage scenario, and have unique introductory text for the campaign!
Barachi now no longer overrides the special starting scenarios for Demonologist, Doombringer, Writhing One, and Cultist of Entropy

by Just a dood
First of all, very nice race. It really has cool synergy with archmage which I like. However, I think this addon is causing a bug where I get escorts in EoR.

Just a dood wrote:First of all, very nice race. It really has cool synergy with archmage which I like. However, I think this addon is causing a bug where I get escorts in EoR.

Derp, didn't think of that at all lmfao. My hack to make them start in EoR properly let that bit through. The fix should hopefully be fairly simple but it might be a bit before I get to it due to IRL burnout.
All times are UTC
Page 1 of 1